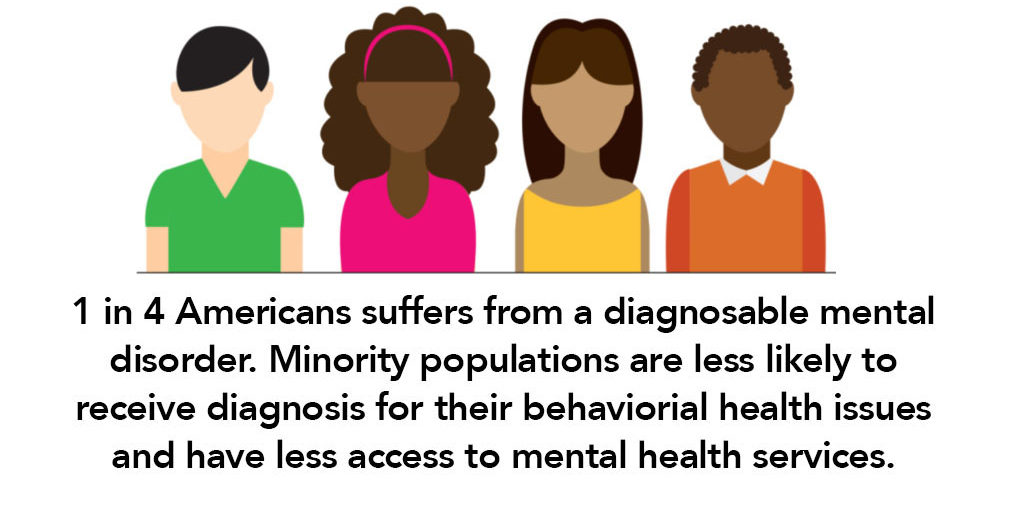 The year 2020 has been a tough one. Top news: racial inequities and a pandemic that disproportionately affects people of color. July is Minority Mental Health Awareness Month and is a good time to learn how to seek help or be an ally to those who may be struggling.

The pioneer of National Minority Mental Health Awareness Month is Bebe Moore Campbell. An author, Bebe was an unwavering advocate for the mentally ill and the founder of NAMI Urban Los Angeles. She lost her battle with brain cancer in 2006.

“Stigma is one of the main reasons why people with mental health problems don’t seek treatment or take their medication,” Campbell said in an NPR news article. “People of color, particularly African Americans, feel the stigma more keenly. In a race-conscious society, some don’t want to be perceived as having yet another deficit.”

In 2008, the U.S. proclaimed July as Bebe Moore Campbell National Minority Mental Health Awareness Month. Today, over a decade later, many organizations, including Family & Children’s Services, are still dedicated to helping to reduce the stigma associated with mental illness and treatment, especially among cultures and communities where that stigma is more prevalent.

According to the Substance Abuse and Mental Health Services Administration (SAMHSA) and the CDC:

Throughout July, Family & Children’s Services will provide resources and information to commemorate this special month.

Thank YOU for helping our families during the holidays
January 14, 2022

The smartest soiree in Tulsa Saturday, March 5
January 14, 2022
Sign up for our E-News
Categories
Go to Top