Greer Fites retires after 42 years as a social worker 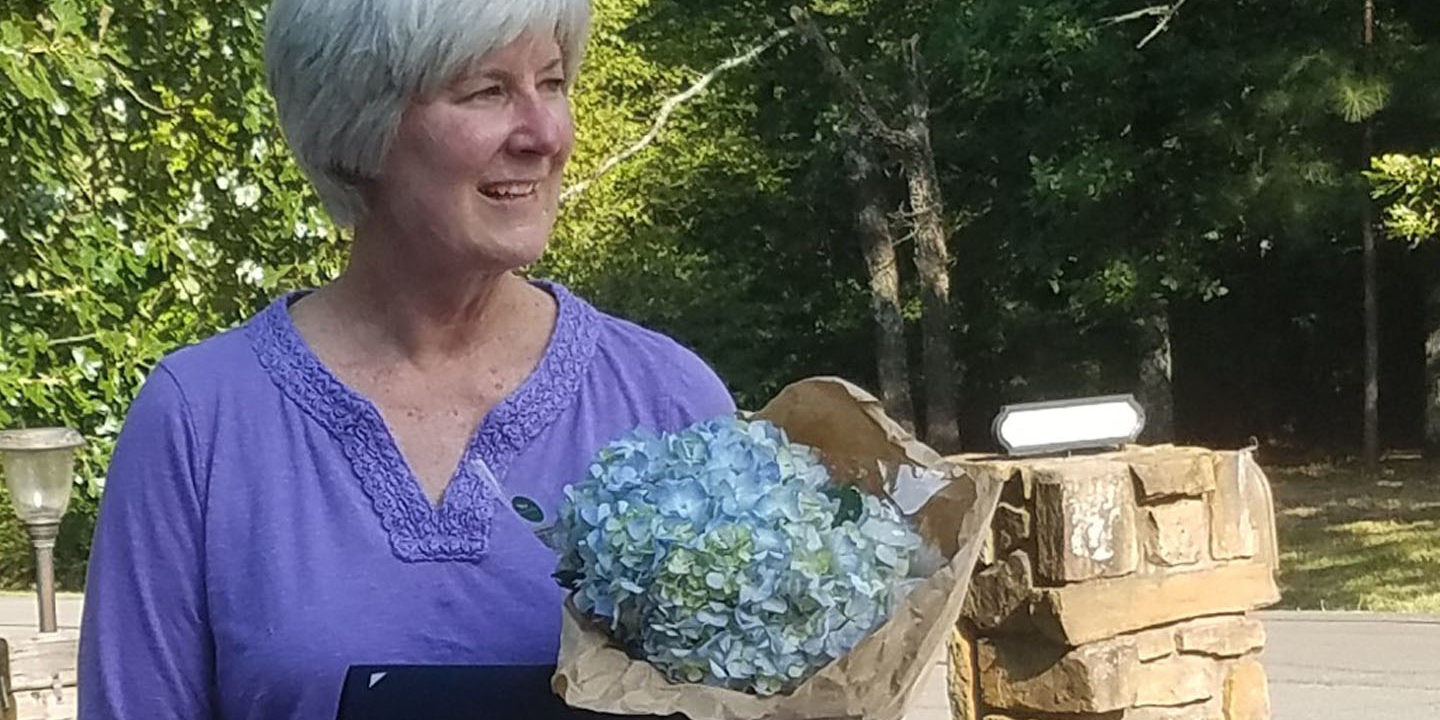 A Truly Great Social Worker is Hard to Find, Difficult to Part with and Impossible to Forget

On Friday, June 26, Greer Fites retired after 42 years serving the citizens of Tulsa. A 1978 graduate of The University of Oklahoma School of Social Work (OUSSW), Fites has held a variety of positions at a number of agencies in the mental health field. She began her career at the Oklahoma Department of Mental Health and Substance Abuse Services in Norman, Okla., at what is now known as Griffin Memorial Hospital. There she provided inpatient social work services to adults with severe mental illness. Her leadership in mental health services led to administrative positions for ODMHSAS and other nonprofit agencies in Tulsa. She has spent the last 15 years at Family & Children’s Services (F&CS), most recently serving as the Senior Program Director for Homeless and Diversion Services.

In 2017, Fites was one of 100 outstanding leaders recognized by the Anne and Henry Zarrow School of Social Work at the University of Oklahoma during the school’s 100th anniversary. For the occasion Fites said,

“The social work values that I learned in Rhyne Hall on the Norman campus resonated strongly during graduate school and have continued to be strengthened over the years. These values have guided me throughout my career.  Additionally, many of the friendships that were made during that two-year period are still active in my life and have been a support and resource throughout my career.”

“Greer has made a tremendous impact during her tenure at F&CS. She is kind, compassionate, patient, and fun! With the various community meetings Greer attends, she does a great job networking with partners, enhancing the ability to meet the needs of Tulsa’s homeless population. Greer is a cheerleader for her co-workers and consistently works to provide positive support to them to be successful in whatever they are doing. She has been a true asset to the Salvation Army team, and it won’t be the same without her!”

“At the heart of her work, Greer’s genuine passion for social work is paramount. Her caring spirit always shines bright especially for the under privileged, under served and sometimes invisible and homeless individuals in our community. She is highly respected among her colleagues at F&CS and the community at large.”

“Greer is known as the face of F&CS in the homeless service community.  We can always count on her to freely lend her knowledge, experience and wisdom. Her guidance and encouragement have helped so many thrive in an ever-changing and challenging environment. Many have been so fortunate to have Greer’s expertise to rely on. Her social work students adore her, and many have requested to have her as their internship supervisor. It has been a joy to work with someone so passionate, calm, and professional all at the same time. Greer leaves a legacy behind that we hope many will follow.”

Fites has happily continued to be involved with OUSSW since graduation, supervising numerous practicum students, teaching as a community faculty member and being a member of the OUSSW Board of Visitors since January 2015, and serving on the scholarship review committee in 2015 and 2016.

Since 1978, Fites has served on a number of boards, including the National President of the Association of Behavioral Healthcare Management. She has been an active member of National Association of Social Workers (NASW) and served two terms on the State Board of the NASW, as Unit Chair in Cleveland and Tulsa Counties.

Some of her other community involvement has included Leadership Tulsa Class 30, All Souls Unitarian Church Board of Trustees Member, and board member and former president of the Oklahoma Religious Coalition for Reproductive Choice. Young said,

“Greer, It’s hard to imagine our workplace without you. May the next phase of your life bring you all that you seek and more!”