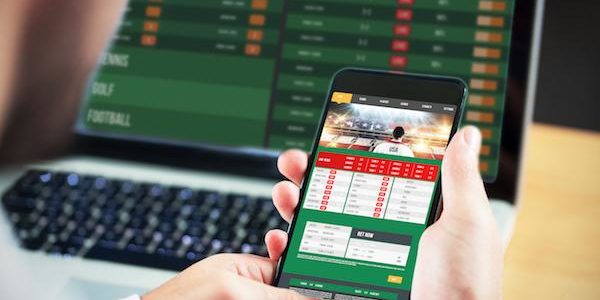 Gambling is big business in Oklahoma. In 2016, Oklahoma’s tribal gaming revenue was up 3 percent. Thousands of Oklahomans gamble without suffering any ill effects. But an unlucky few risk becoming problem gamblers.

Of those, there are two basic types: action gamblers, who love the act of gambling, and escape gamblers, those who gamble to “zone out,” said Ashley Whitmire, a therapist at Family & Children’s Services.

The latter are more common in Oklahoma, where the National Center for Problem Gambling estimates that 2.2 percent of adults – more than 63,000 – are problem gamblers (for comparison, substance abuse disorders are more common, but command a disproportionately larger portion of public health resources).

“We’re really seeing people trying to avoid or escape things going on in their lives,” Whitmire said. “And the casino is the way for them to do that.”

In fact, problem gambling is increasingly thought of in the mental health community as a disorder similar to drug and alcohol addiction. The fifth edition of the Diagnostic and Statistical Manual of Mental Disorders, which mental health professionals use for diagnoses and treatments, treats it as such.

In gambling, gains and near losses release huge amounts of dopamine, a neurotransmitter linked to pleasure, in gamblers’ brains. This is broadly similar to how other addictive behaviors, such as cocaine use, affect users’ brains.

Similarities to drug addiction don’t end there. Many report lying to relatives and loved ones to hide how much they spend, how much time they spend gambling, et cetera. Over time, they gamble with more money, finding they can’t stop.

And like many addictive, destructive behaviors, at their roots lies trauma, Whitmire said.

“They’re trying to avoid some kind of emotional pain,” Whitmire said. “That’s what the behavior is that we see. That can be one of several ways that they have of avoiding, dissociating.”

Whitmire and her colleague at FCS, Clinical Supervisor Jeremy Jenkins, see new patients every week, referred by other FCS professionals working with those clients.

In addition to trauma, their patients often suffer from crippling depression and anxiety. A few have bipolar disorder.

“That usually opens the door for comments like, ‘Well, I like [gambling] because it helps me de-stress.’ I’ll ask, ‘What are you stressed about? Why is there a need to de-stress in the first place?’ Then, they’ll say, ‘That’s because I zone out,’ or ‘I can’t deal with stress.’ When you explore that further and develop their trust, they may tell you about some of the trauma that happened. But first and foremost, it’s important to let them know you’re there to support them and build that trust.”
Whitmire said some describe their casino experience like that of a relationship. Casino personnel bring them drinks. They’ll park gamblers’ cars. They’ll give gamblers vouchers for buffets or a free nights at an attached hotel.

“It’s like a grieving process to help them go, ‘Yeah, but is this the healthiest relationship?’” Whitmire said.

Other similarities to drug addiction abound. Another client reported burning through $10,000 of Social Security back pay. Another lost their job severance pay. Some take on second mortgages or payday loans. Many lose relationships with spouses and other loved ones.

Another commonality with drug addiction is problem gamblers attempt suicide more than those who aren’t. But they also do so at a much higher rate than others suffering from addictive disorders, the NCPG reports.

“We’re here in America. (Money) is just such a part of our culture,” Jenkins said. “We compare ourselves based on income and money … And I think the pernicious thing about gambling is, there’s no saturation point. You’re going to overdose at some point on a drug. And that’s going to be a kind of automatic stop gap for you. With gambling, you can get in as much debt as people are willing to lend you. And I think they just feel there’s no way out, so suicide becomes an option.”

Whitmire and Jenkins also do community outreach, in addition to providing therapy. They’ve visited pawn shops, churches and banks to distribute resources such as brochures and other items on gambling disorder.

Research shows people living within 50 miles of a casino are twice as likely to become problem gamblers as those who live outside that radius, and casinos can now be found in every corner of Oklahoma, Jenkins noted.

The cards are stacked against problem gamblers. People don’t need cocaine or marijuana to live, Jenkins noted, but they do need money. Just having money in hand can be a trigger for problem gamblers. Just going to pay their rent can trigger their addiction.

“The more you understand, the more it helps you being compassionate, and you can educate their friends and family, and the client, too,” Jenkins said.

Whitmire and Jenkins completed their gambling treatment certification training a year ago. Previously, F&CS had just one gambling counselor. They have been extremely busy since, seeing 64 clients since September 2014.

“This is really an issue for people,” Whitmire said.

Other resources:
Myths and facts about gambling addiction

Jennie celebrates sobriety thanks to teletherapy
May 28, 2020

The Myths and Facts of Gambling Addiction
March 9, 2017
Sign up for our E-News
Categories
Go to Top