Homelessness in Tulsa, an evolving problem 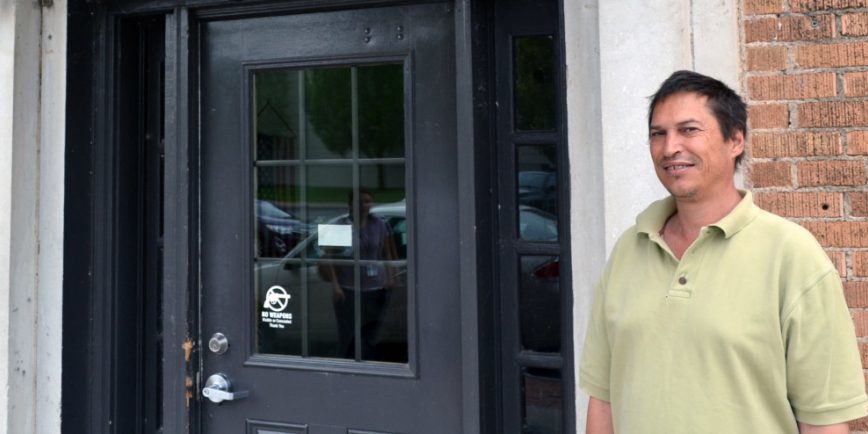 From the archives: This story was originally published in August 2015.

Someone stole his tent while he was in jail, but that doesn’t matter now.

Today, Gary Pino is getting treatment and doesn’t need a tent because he has a home for the first time in decades and treatment to recover.

After decades of being homelessness, Pino moved into a Mental Health Association of Oklahoma apartment with the help of his case manager from Family & Children’s Services.

“They’ve also been helping me with bus tokens to get to my appointments at the other Family & Children’s Services locations, get my medicines refilled and make my doctors’ appointments,” Pino said.

Pino said he’s glad to be in his apartment’s air conditioning and out of a tent. He’s also happy to be where he can fix a meal, away from the critters. “Those raccoons were fat,” he exclaimed.

Housing and Urban Development administers numerous programs to fight episodes of homelessness, being homeless for one year or more at a time.

“If you have a drug charge, that severely limits your housing options,” Foster said. “Obviously, there’s been an increase in substance abuse throughout the state. That’s just an ongoing problem. People are getting caught now. Once they get that drug charge, their hopes of housing are pretty dim – unless they have enough income to just pay flat out, and most don’t. It’s nearly impossible to live on Social Security if you’re not in some type of subsidized housing.”

A Way Home for Tulsa (AWH4T) initiative is a collaboration of 23 agencies. Their goal is to end long-term homeless and provide oversight to the implementation of the Pathways intensive case management model. AWH4T spearheaded Zero:2016 Tulsa, part of a national effort to end veteran and chronic homelessness.

Pino came to FCS after he was arrested at a Tulsa gas station. He began a treatment plan to address his mental illness and help get him off the street. In his new apartment, he can be around others who’re making the same strides toward recovery.

FCS is also helping him get his Social Security reinstated by connecting him with Legal Aid. He has a cell phone now and is working to get his driver’s license back while attending his therapy sessions and staying up on his medication.

“Family & Children’s Services, they do a great job,” Pino said.

F&CS, City of Tulsa and other community partners continue homeless outreach program
October 2, 2020
Sign up for our E-News
Get the latest news and inspiration from F&CS.
Categories
Go to Top