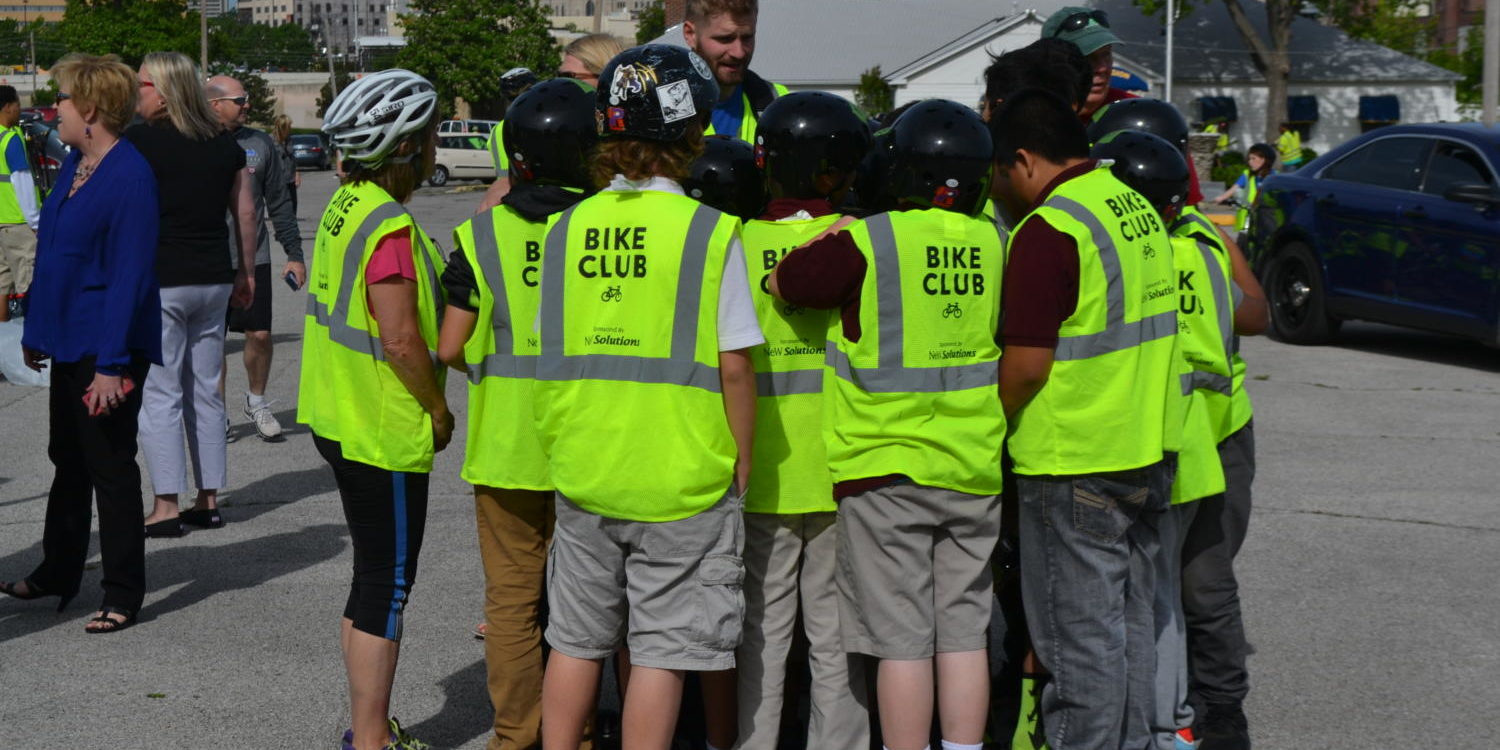 Students picked up their bikes at Family & Children’s Services and were greeted with a BMX team perform. Some of the children who joined the club had never ridden bikes before.

Most of the students participating in Bike Club are in fifth grade, though there are some fourth and sixth graders. Now in its third year, the Bike Club would like to expand into more elementary schools, as well as a middle and high school.

Our kid-centered program started with a few like-minded people. People who were passionate and understood the power of bicycles.

In 2008, Jason Whorton began building and giving kids free bikes through his foundation Humble Sons Bike Company. Whorton’s initial efforts consisted of giving away 22 bikes. He has since given away over 5,000 bicycles and helmets to children. His program was growing at an exponential rate. Whorton’s knack for getting things done soon outgrew his charity’s primary mission — he began looking for what was next.

Mike Wozniak started a bicycle-themed bar in 2006 with his best friend after changing his life by riding a bike all over Oklahoma. Wozniak saw the transformative power of a bicycle first hand and wanted to share this feeling of health and community. He wanted to save the world with a bike but had no idea where to begin.

Wozniak joined the Bicycle Pedestrian Advisory Committee (BPAC) through the Indian Nations Council of Governments (INCOG) to see how he could help get more people on bikes. It was at a BPAC meeting where Wozniak met Gary Percefull, a board member of Tulsa Public Schools. Wozniak told Percefull about his ideas to change the world by getting people on bikes. Percefull replied, “I don’t know about the world, but I have some school kids who sure could use you.”

Wozniak was later given Whorton’s information. “I was in after the first phone call,” said Whorton.

Bike Club was introduced at Emerson Elementary in the 2014-15 school year. Bike Club immediately became a part of Emerson’s culture. The program serves multiple roles for participating children. The volunteers encourage engagement, leadership, good citizenship and participate as mentors to many of the children as well. In fact, several children who have gone on to middle school have come back to Emerson to see “Mr. Mike.”

“I’ve just seen positive changes,” said Emerson Elementary Principal Tammie States. “They have taken more of a leadership role. Not only in Bike Club but in their classrooms. They feel good about themselves because they are a part of something that is unique.”