Tree pollen got you down? There’s evidence about that. 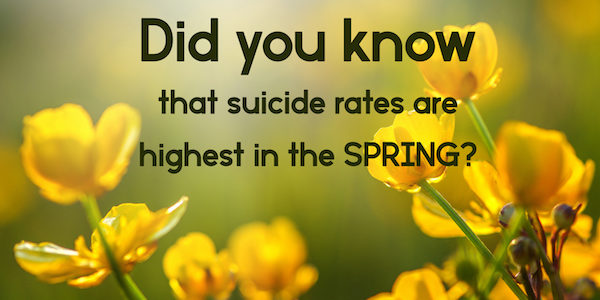 Did you know that suicides tend to rise in the spring and summer?

Strange as it may sound, one reason is warm weather. Deborah Serani writes in Scientific America that when depressed people don’t find that their life’s trajectories are aligning with a season that is supposed to be about happiness and renewal, it can make them spiral into an “energized despair.”

There might also be biological explanations for the phenomenon. Among the more fascinating: tree pollen. There’s evidence that excess pollen in the air triggers the release of inflammatory proteins called cytokines into the upper airways, exacerbating mood disturbances in people who are prone to them. When scientists dumped tree pollen into the nasal cavities of rodents, the critters had more cytokine gene expression in their brains, and they become more anxious and socially withdrawn. An analysis in Denmark found that suicides increased by 13.2 percent when the pollen count was higher. (U.S. National Library of Medicine, National Institute of Health).