The Atlantic hosts Defining Justice: The Experience of Women and Children Behind Bars 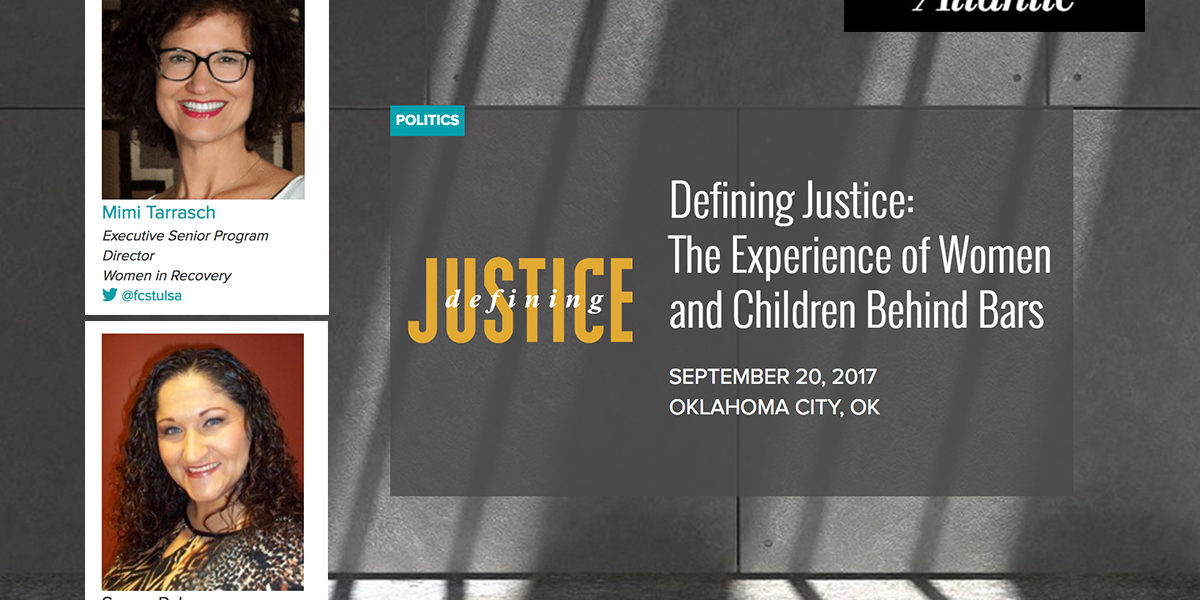 Let down and locked up: Why Oklahoma’ female incarceration is so high [revealnews.org]

The stories behind Oklahoma’s disproportionately high female incarceration rate are the subject of an upcoming investigation by Reveal from The Center for Investigative Reporting and a forum in Oklahoma City that will explore the experiences of women in the state’s justice system.

On Wednesday, September 20, The Atlantic will host Defining Justice: The Experience of Women and Children Behind Bars in collaboration with Reveal. Journalists from Reveal, including senior editor Ziva Branstetter, will discuss our upcoming investigation and data analysis examining the roots of the problem.

Oklahoma Gov. Mary Fallin will join the program for a one-on-one discussion on the political path toward criminal justice reform in Oklahoma, moderated by The Atlantic’s contributing editor Alison Stewart.

Stewart and Branstetter will moderate discussions throughout the day, along with Allison Herrera, a reporter and social media editor at Public Radio International; and David Fritze, executive editor of Oklahoma Watch. Herrera and The Frontier, an Oklahoma-based news website, partnered with Branstetter on Reveal’s investigation.

Speakers include policymakers, advocates, justice experts, journalists and women who have been incarcerated in Oklahoma prisons. Among the experts taking part in the discussions are Sheila Harbert, chief community outreach officer for the Girl Scouts of Eastern Oklahoma; and Mimi Tarrasch, executive director of Family & Children’s Services Women in Recovery.

Also scheduled to speak are: Kris Steele, executive director of The Education and Employment Ministry and former speaker of the Oklahoma House of Representatives; and Susan Sharp, presidential professor emerita at the University of Oklahoma and author of “Mean Lives, Mean Laws: Oklahoma’s Women Prisoners.”

“Defining Justice” is the first in a series of three events by The Atlantic examining aspects of the American criminal justice system and how they affect women and children in cities across the country. TheAtlantic.com is running an ongoing digital reporting series, The Presence of Justice, which focuses on efforts across the nation to move beyond the age of mass incarceration.

Reveal will release its investigation into Oklahoma’s female incarceration rate on their website, podcast and radio show with PRX later this month. Sign up for our newsletter to get the story sent straight to your inbox.

Defining Justice will be recorded and streamed live online by The Atlantic. You can follow the discussion on social media using the hashtag #DefiningJustice.