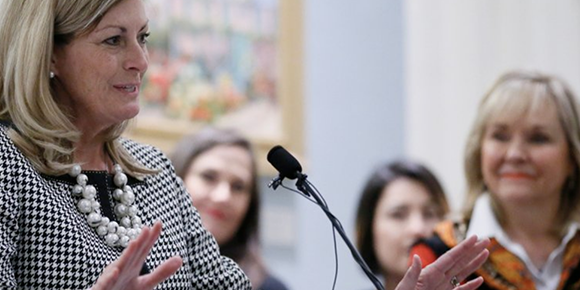 OKLAHOMA CITY — Governor Mary Fallin today announced that the state of Oklahoma and Tulsa-based Family & Children’s Services (F&CS) have entered into a groundbreaking Pay for Success (PFS) contract aimed at reducing Oklahoma’s nation-leading female incarceration rate by securing public-private investment in the successful Women in Recovery (WIR) prison diversion program. This project will enable WIR to expand its services, admitting up to 125 women into the program annually for up to five years.

Pay for Success is an innovative funding model that combines nonprofit expertise, private funding, and independent evaluation to transform how government leaders respond to chronic social issues. Through PFS, funders provide the upfront capital to scale effective service providers. Government agrees to repay funders if and when the project achieves its desired impact. Through this PFS contract, the state will repay only if WIR program participants are not incarcerated in the Oklahoma Department of Corrections (DOC).

“Government too often pays for programs that it hopes work, but under this arrangement, government will pay for what works,” said Fallin. “Women in Recovery is a cost-effective alternative that improves public safety and helps preserve Oklahoma families. Through this agreement, the state will partner with private entities to expand its success and reduce Oklahoma’s unacceptable female incarceration rate in the process.”

The first PFS project was launched in Peterborough, United Kingdom, in 2010 and was aimed at reducing prisoner recidivism. Today there are more than 70 projects in 18 countries, with 16 projects in the U.S.  The model has attracted strong bipartisan support due to its focus on evidence-based policymaking and the achievement of outcomes. The contract between the Office of Management and Enterprise Services (OMES) and F&CS is the 17th PFS contract in the U.S. and the first PFS contract focused on female incarceration.

“Our hope is for this arrangement to pave the way for more like it in the future that give taxpayers a far better return on their dollar than traditional government programs do. Government service delivery innovations like Pay for Success are always appropriate, especially in times of fiscal duress like we have today,” said Secretary of Finance, Administration and Information Technology Preston L. Doerflinger, who is director of OMES.

The state requires F&CS to secure at least $2 million in capital to fund the program each year before the contract can be renewed. To reduce financial risk for the state and to assure continued financial solvency of WIR, the George Kaiser Family Foundation (GKFF) will also continue to provide its current commitment of $1.8 million a year to services to address female incarceration in Tulsa County, including WIR. The use of philanthropic funding from GKFF allows for payments from the state to be re-invested directly back into a successful program, as outcomes are achieved.

“We are thrilled to see completion of this historic agreement that motivates philanthropy, nonprofit and government to work together, in pursuit of better outcomes,” said Ken Levit, executive director of GKFF.

The adoption of the Pay for Success model transfers risk from the state to the private sector, in pursuit of preventive programs that hold promise for long-term cost savings and social benefits.

“Pay for Success helps drive resources to effective programs that serve some of our society’s most vulnerable communities,” said Tracy Palandjian, chief executive officer and co-founder of Social Finance. “Pay for Success is essentially about ensuring value for taxpayers—not only because government just pays for programs that make an impact, but also because these projects encourage investments in prevention. That’s smart government at work.”

The PFS project was made possible by Senate Bill 1278, which Fallin signed into law in 2014. The bill, authored by Sen. Kim David, R-Porter, and Rep. Leslie Osborn, R-Mustang, gave the state the ability to take new approaches to criminal justice programming by authorizing OMES to enter into PFS contracts with qualified criminal justice service providers.

The contract presents no financial risk to the state, which was particularly appealing to state officials at a time of budget challenges. Payments are only made for successful program outcomes.  Additionally, the total payments made for a successful program outcome are considerably less than the direct costs of incarceration and the costs of all of the documented negative future impacts of incarceration on employment, health, family stability and social assistance.

“Since we established the program in 2009, Women in Recovery has served more than 570 women impacting the lives of more than 1,200 children. Through trauma informed, gender-responsive treatment combined with evidenced-based programming, we are able to transform the lives of WIR women and, their families. They return to their communities more productive and able to provide for themselves and their children,” said Mimi Tarrasch, senior executive program director of WIR. “This contract is a great step forward for funding effective alternatives to incarceration.” 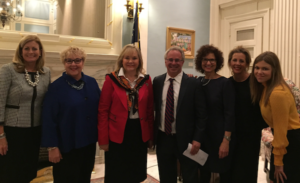 About Women in Recovery

Women in Recovery 33rd class celebrates in hybrid format
July 16, 2021
Sign up for our E-News
Get the latest news and inspiration from F&CS.
Categories
Go to Top