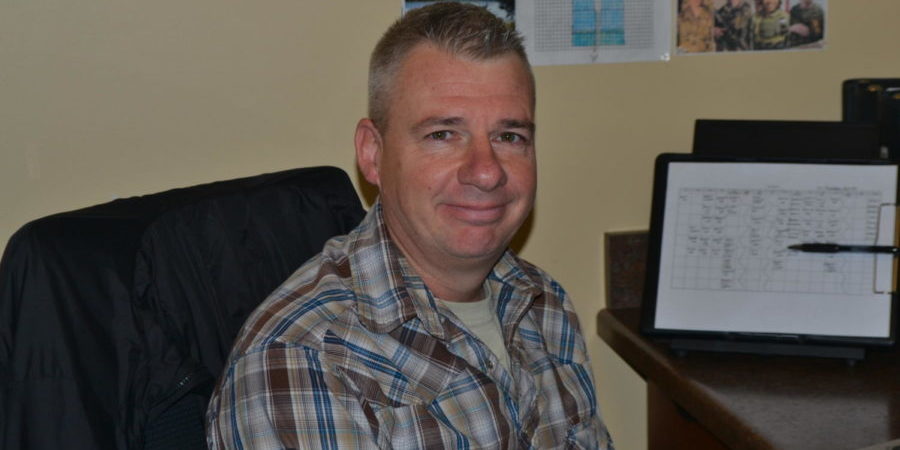 “My favorite memories are of my family sending me toys that I then gave to the local children on combat patrols in Afghanistan. Another memory is when I was helping with Katrina with a fire team to help clear out a basement of a building in downtown New Orleans, it was pitch black, we were waist deep in water, and I shined my flashlight on my rifle in the water to find a baby alligator swimming by my waist!”

In honor of Veteran’s Day, Family & Children’s Services applauds all of those who served in the military – in wartime or peacetime.

He said he joined the military “to fight for what is right.” Today he said his military experience has given him a “broadened state of gratitude and awareness.