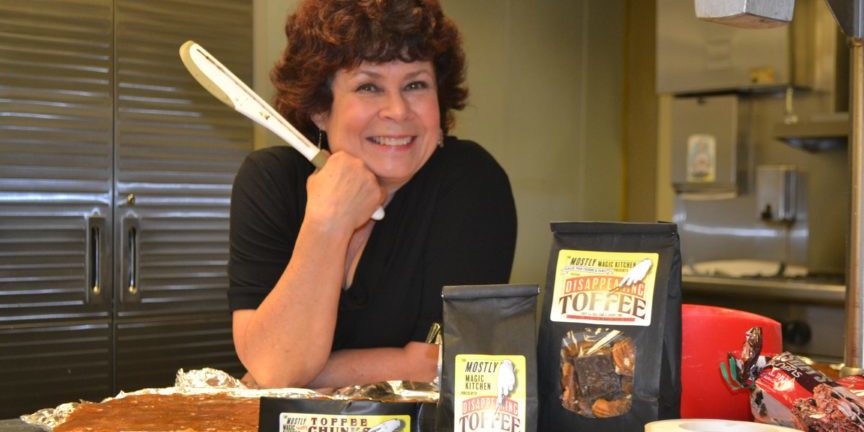 Baby sparrows stuck between the walls of Kim Doner’s home not only sparked her love for wildlife but essentially led to a successful business making and selling ‘disappearing’ toffee in the Family & Children’s Services Women in Recovery (WIR) kitchen. Proceeds from sales help benefit the program.

“I started taking in wildlife and was working with Dr. Paul Welch 18 years ago,” she said thoughtfully in a recent interview. “Time went on, and I started taking on other species. I met the game warden, developed a good relationship with him, got all the licensing I needed, added an aviary to the side of the house and started taking birds and other mammals.”

Kim said she overextended herself multiple times caring for wildlife and working on art projects. She recalled the time when she found herself in a quandary one summer afternoon trying to meet a deadline on a project she was working on.

“I had three baby raccoons. They were very, very, very small and kept crying for their Mom,” she said. “I had several small baby blue jays and a deadline. I literally sat like I tend to sit all the time with the baby raccoons across my lap sucking on these three fingers, which you’re not supposed to do but anything to keep them from crying all the time. Their bellies were full, but they just cried. You can hear sucking sounds underneath my paper drafts. I had the blue jays on a heating pad to keep them warm with a syringe containing their food. So, every 20 to 30 minutes, I would also feed them in between painting. I thought, ‘This is nuts!’”

As time went on, Kim started working with other wildlife rehabilitators. The group started a nonprofit initially called ‘Sing It for Songbirds,’ but later changed to WING (Wildlife in Need Group) It in Tulsa. The group is dedicated to the rehabilitation of orphaned, sick, injured or otherwise displaced wildlife with the goal of releasing them back into the wild. The Tulsa Audubon Society later adopted the group as they started to generate fundraising ideas.

“Years ago, we started our first one at the Tulsa Garden Center,” Kim said. “And I thought, ‘Well, I’m going to put my (art) work in it. I’m going to make stuff.’ I was going to start with all these ideas. But then I thought about … ‘What about the people who don’t want to buy this stuff?’”

Kim essentially started making her grandmother’s toffee in a licensed kitchen at the Tulsa Garden Center, placing it in decorative bags and selling it to help WING It.

“The first year I sold 20 pounds,” she said. “The next year I made more there and sold 40 pounds. I thought, ‘Wow.’ Then people started calling me and wanting more toffee.”

The number of toffee orders increased each year until she was asked to be a part of Carols and Crumpets, the Tulsa Herbal Society’s herbal craft fair that features beautiful hand-crafted items and fresh greenery. She sold 87 pounds of toffee in three hours at the event.

“It’s fun,” she said. “I love my grandmother’s recipe, but then I started to think about what else I could do with this toffee. So, I was talking about my dilemma at a girl’s night out (board game night), and one of the people there happened to be Mimi (Tarrasch).”

Mimi, WIR’s program director, offered Kim the use of the kitchen at Family & Children’s Services WIR, but the process didn’t start right away due to Kim making sure she obtained the licensing and permits needed to get the Mostly Magic Kitchen started.

“This has been one of those mostly magic things – just like right this minute,” she said. “It’s been fun.”

Kim prepares the toffee on Saturdays and Sundays only and by appointment. She shares space with the WIR culinary program and Heather Matheson, who makes and delivers her home-baked Peace Love & Cookies. Their collaboration has been not only enriching for both as entrepreneurs, but for Women in Recovery. 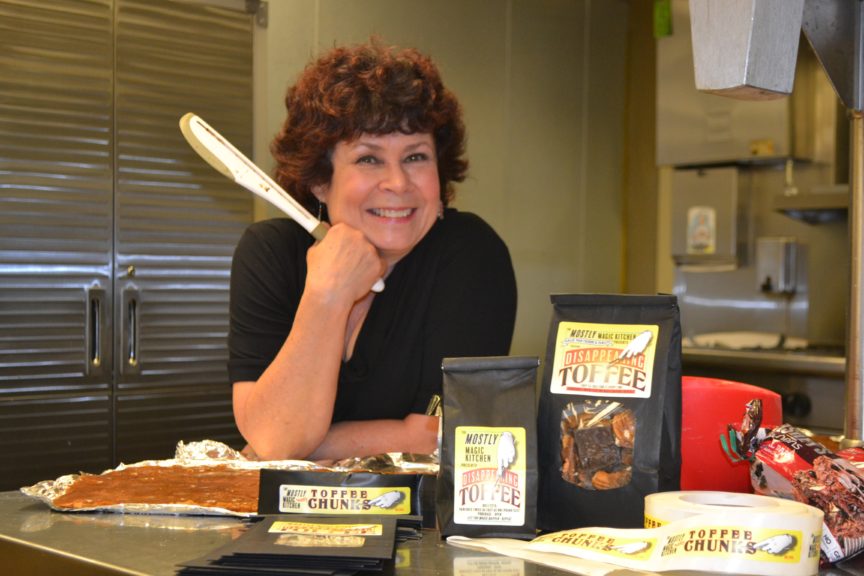 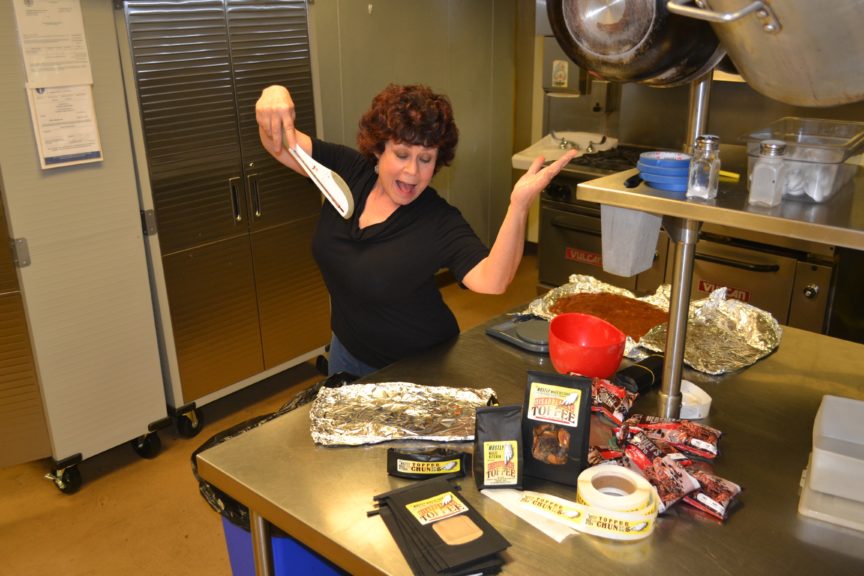 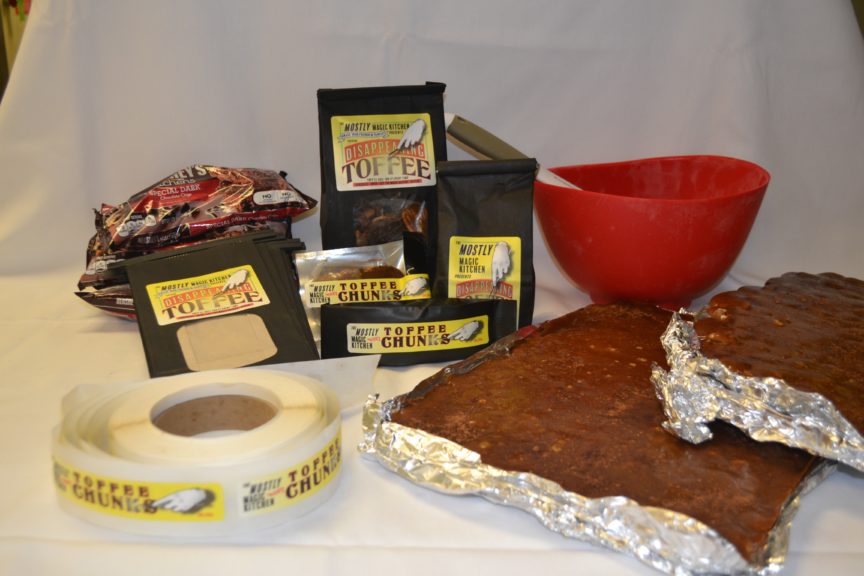