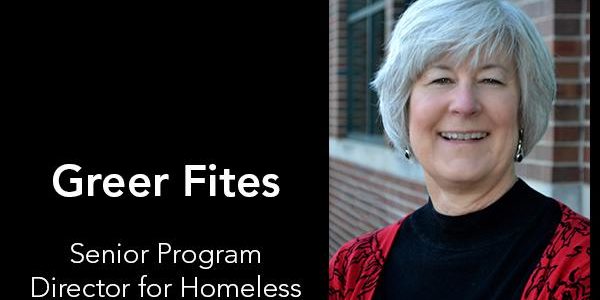 Greer Fites, a 1978 graduate of The University of Oklahoma School of Social Work (OUSSW), has held a variety of positions at a number of agencies in the mental health field. She began her career at the Oklahoma Department of Mental Health and Substance Abuse Services (ODMHSAS) in Norman, Okla., at what is now known as Griffin Memorial Hospital. There she provided inpatient social work services to adults with severe mental illness. Her leadership in mental health services led to administrative positions for ODMHSAS and other nonprofit agencies in Tulsa Oklahoma.

Fites has served on a number of boards, including the National President of the Association of Behavioral Healthcare Management. She has been an active member of National Association of Social Workers (NASW) since 1978 and served two terms on the State Board of the NASW, as Unit Chair in Cleveland and Tulsa Counties.

She has happily continued to be involved with OUSSW since graduation: supervising numerous practicum students, teaching as a community faculty member for the past three semesters, being a member of the OUSSW Board of Visitors since January 2015, and serving on the scholarship review committee in 2015 and 2016.

Some of her other community involvement has included Leadership Tulsa Class 30, All Souls Unitarian Church Board of Trustees Member, and board member and former president of the Oklahoma Religious Coalition for Reproductive Choice.

She currently serves as Senior Program Director for Homeless and Diversion Services at Family & Children’s Services in Tulsa.

Fites said, “The social work values that I learned in Rhyne Hall on the Norman campus resonated strongly during graduate school and have continued to be strengthened over the years. These values have guided me throughout my career.  Additionally, many of the friendships that were made during that two-year period are still active in my life and have been a support and resource throughout my career.”

Happy 100th birthday to Florence Beeman, longtime friend of F&CS
December 23, 2020
Sign up for our E-News
Get the latest news and inspiration from F&CS.
Categories
Go to Top