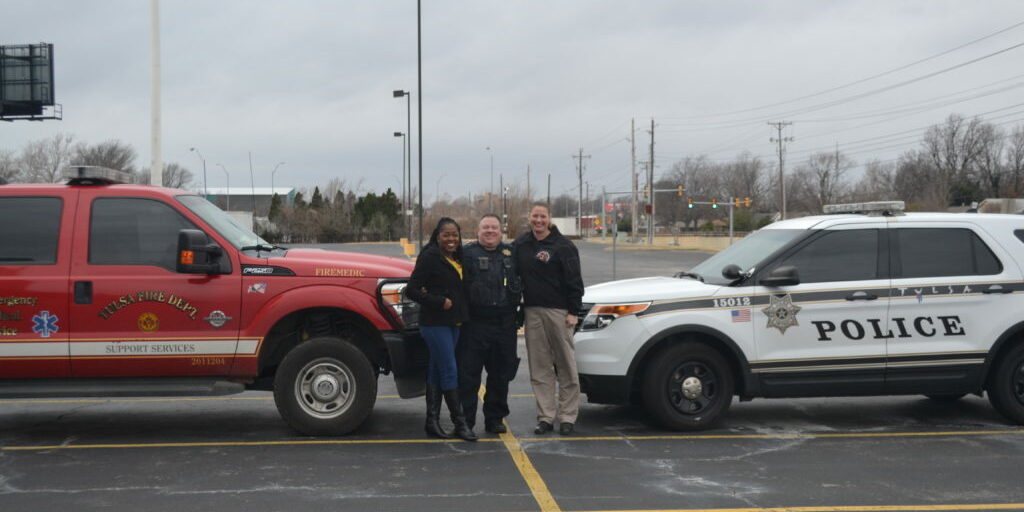 PART 4 OF 7 ARTICLES IN THE SERIES.

Over the years, Family & Children’s Services operated branch offices to serve communities in north, east and west Tulsa, Broken Arrow, Owasso and Claremore. In the 1970s, east Tulsa was booming with working-class families when F&CS launched services at the local library in 1979 at the request of the East Tulsa Coordinating Committee. “(They said), ‘There’s no family services here. There’s no counseling. The schools don’t know what to do,’” F&CS CEO Gail Lapidus recalls.

Part of the clinical team, Lapidus and therapist Claudia Arthrell learned by knocking on doors that people wanted a place to come in and talk privately about their family problems. Quickly F&CS opened its own facility, which it still operates. “In east Tulsa, what we really saw was there was so much divorce,” Arthrell says. “For me, that’s what became starting divorce groups for parents, education groups for kids.”

F&CS began offering Helping Children Cope with Divorce, which in 1995 became a court-ordered program for all divorcing parents in Tulsa County. When Arthrell retired in 2019 after 41 years with F&CS, 85,000 people had gone through the program to learn how “to shield their children from the burden of divorce,” she says.

In the early ’80s sexual abuse treatment was new, and F&CS was the first in Tulsa to offer therapies for victims. That work in particular spoke to F&CS board member Gil Morris when he joined the board in 1983. “What got me was all the sexually abused children we have in Tulsa that no one even knows about,” he says. “At the time I was maybe a little naïve. I didn’t realize that was a big issue, and so that really caught my heartstrings and made me want to work with the board.”

Through a unique partnership with Community Action Project Tulsa, F&CS has provided support to families of children enrolled in the Tulsa County HeadStart program since the late ’90s. “I think the CAP HeadStart program is the only one in the country that partners with a community organization (F&CS) to provide family services and mental health care to parents of HeadStart children,” Lapidus says.

Since Lapidus became F&CS executive director in 1986, there have been countless directions the organization could have gone; but Lapidus’ commitment was to prioritize serving the uninsured, low-income populations in Tulsa through various programs.

“We always saw ourselves as being a leader and bringing our expertise to poor, disadvantaged families and individuals,” she says. “Those two themes have really followed all the way through.”

Oklahoma Families First Program provides support for clients
October 13, 2022
Sign up for our E-News
Get the latest news and inspiration from F&CS.
Categories
Go to Top