When are Kids Old Enough to Attend Concerts? 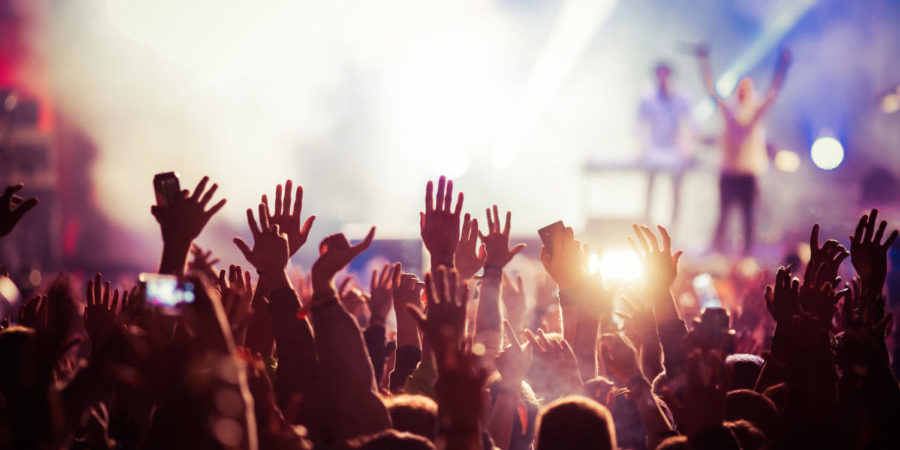 Q: Some of my daughter’s 11- and 12-year-old friends want to go to a concert alone, and she is begging me to let her do the same. I don’t think they’re old enough to go to a concert without an adult, so I keep saying “no.” Am I wrong?

A: If you check the blogs the tweens and teens write, you will find that many teens believe 11- and 12-year-olds are too young to go to many concerts, much less go alone.

If your daughter does not want to be chaperoned, how is she going to get there? Who is buying the ticket? All of this involves adults, and if a group of 11- and 12- year-olds wants to attend, what do other parents think? You do not have to go with others’ actions if you feel differently. Having a responsible adult with a young group can serve a very important protective factor, especially if something happens either with the band, concert-goers or at the facility where the concert is being held.

First, there is the question, should she go or not? There could be a reason for you to think your daughter isn’t ready to go to a specific concert alone. When we talk about concerts, we need to talk about what concert, who is attending, how they will be getting there, and where the concert will be held, along with whether or not there is a need for adult supervision.

You might feel absolutely trusting of your daughter’s choices and behavior when you are apart, but you can’t control what other concert-goers might do. Knowing the friends who will be attending and understanding that you don’t have any control over others’ behavior should influence your decision.

Your first step in thinking about granting permission to attend any concert is finding out about the musicians. Watching MTV or YouTube videos, listening to lyrics and researching whatever else you can about the artist will help. Many ticket sellers will post warnings about profanity and sexual innuendo in a performance. There are some performers such as Justin Bieber, Miley Cyrus, Carrie Underwood and Taylor Swift that would be perfect for a chaperoned 12-year-old. This requires research on both you and your daughter’s part.

Another factor involves the venue of the concert. Many parents feel comfortable if it is held in a “teens only” facility or a church location. Others think the BOK Center could be safe but other venues may be better for older audiences. Does the location matter to you?

If you decide that attending the concert is appropriate, then what about the issue of supervision? You might decide due to the venue that a chaperone is needed.

If you decide that you must go as the chaperone, your role is one of background support, not part of the tweens attending. Wear understated clothing and respond to the music and other concert-goers in a way that won’t draw attention to you. Your goal is to be a protective presence and a safety net for your daughter and her friends. It would be great if you have all the parents’ contact numbers just in case you need them.

If you are not chaperoning, then whoever is has a few things to be watchful for:

• Other friends who might meet up at the concert and want to wander off.

• Drinking of alcoholic beverages (different venues might have drinks or drugs available).

• The volume of the concert (one in six adults has hearing loss attributed to attending concerts).

What if you decided the concert is not right for your daughter to attend? Hopefully, the research on the concert you did with your daughter helped her understand why you set the limit and said the concert was not appropriate. If she is not handling limit-setting well, then it may take time for her to accept your decision. Don’t let that change your mind. And if the other parents decided to allow their tweens to attend, don’t let that influence you. Trust the research you did.

If she had her heart set on a concert or a party, and you want her to learn how to shift gears and make new plans, perhaps there might be another way to plan a special event that night. Together you could both brainstorm possibilities. The ideas might include:

• Rent a concert DVD and watch on TV.

• Have a sleepover with a series of concert DVDs.

• Have a “dress like a certain star” girls’ party.

• Enjoy a games night (everyone brings their favorite game).

If your daughter doesn’t want to develop an alternative plan, it might be important to just let her plan her own evening. Not everyone rebounds and is as resilient as others. Remember, it isn’t your problem; it’s hers if she holds on to bad feelings.

If she wants to go out that evening with the same group of friends that had planned to attend the concert, make sure that alternative concert-attending plans were made. Check with the other parents regarding their tween’s evening plans. If trust is an issue, many parents use the GPS tracker system that cell phones have to make sure their kids go where they say they are going.

Don’t be intimidated by setting limits. Know that there are limits in life and you need to help your daughter learn how to handle these limits. Good luck!

Okmulgee officials report successful Parenting in Jail program
October 13, 2022
Sign up for our E-News
Get the latest news and inspiration from F&CS.
Categories
Go to Top