The obsession with the Netflix series “13 Reasons Why” 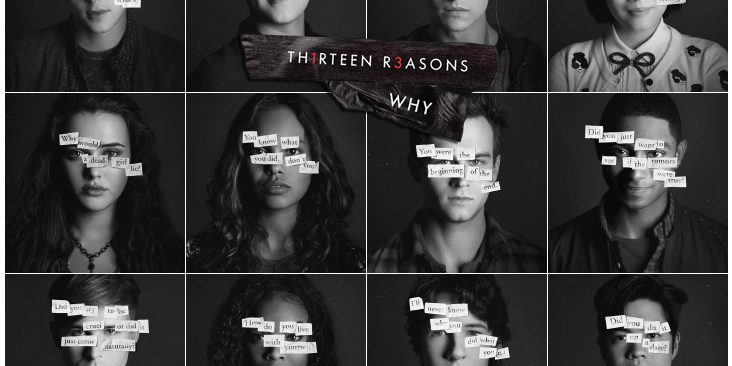 As the Associate Chief Program Officer for Family & Children’s Services Crisis Services, I work in suicide prevention and have been filled with concern about the Netflix series 13 Reasons Why since the show began a few weeks ago.

The series centers on a high school teenager who takes her own life and explains her decision to commit suicide through a series of recorded cassette tapes that she sends to classmates, each attributed to her decision.

Professionals and parents are concerned about the whether or not the series is appropriate. Many schools are warning about its content and Netflix added more warnings and adult ratings.

I have a middle school student and hear the conversations. These kids are pre-teens that have trusting relationships with adults. They have said that the show made them cry and was very upsetting to them, but they couldn’t stop watching. They also said that adults don’t understand their teen angst. When challenged to explain, they admitted that they knew many adults would help them but related strongly to the message of the show that adults don’t understand or help.

To be honest, I am questioning if this is the influence I want my child to have – adults that do not understand teen angst and how you can kill yourself. I am concerned that this portrays a girl who had horrible things happen to her and pays back those who have “wronged” her by telling them how their actions made her kill herself.

I wondered how many other subtle messages in this show will make these pre-teens believe what the show portrays and not what is real for them in their individual life?

I think the original intent of 13 Reasons Why was to show the effects of suicide and allow others to understand what happens when someone is thinking of suicide and dies by suicide. The show has opened up conversations about suicide and is reaching teens and adults that normally would not talk about their suicidal thoughts, but these conversations can be reductive or sensational.

We do need to be talking about suicide, but we also need to be responsible for preventing suicide.

If someone looks upset or seems to be having a bad day, don’t make that person’s life more difficult. I have heard stories of a kind act changing a child, teens and adults mind from planning to kill themselves that day to decide not to kill themselves. Kindness goes a long way, and you are qualified to talk nicely to those around you.

Memorize this number 1-800-273-TALK. If you don’t know what to say, help is a phone call away and doesn’t always mean the person goes to a hospital.

We offer free training at Family & Children’s Services called Question, Persuade, Refer (QPR) to help people learn how to help if someone is struggling with suicidal thoughts. Another way you can help is to talk to others if you have survived a suicide attempt or lost someone to suicide. There are many online support groups and ways for you to provide help to others. You have experience that can be shared and that will be valued.

This series is very beautifully filmed and so realistic pre- teens can forget it isn’t real. Movies have the ability to influence a person in so many ways. If you or a teen watches this series, the most important thing you can do is have a discussion about the series. Talk about what upset them, what they think and what they would do if they have thoughts of suicide or someone they know has them. Know the warning signs and speak up if you are concerned.

There is help and there is hope. It takes courage to die, and this series shows this. What 13 Reasons Why doesn’t show is that it takes courage to live. This is the side of the story we have to show anyone struggling with thoughts of killing themselves.

What to look for: