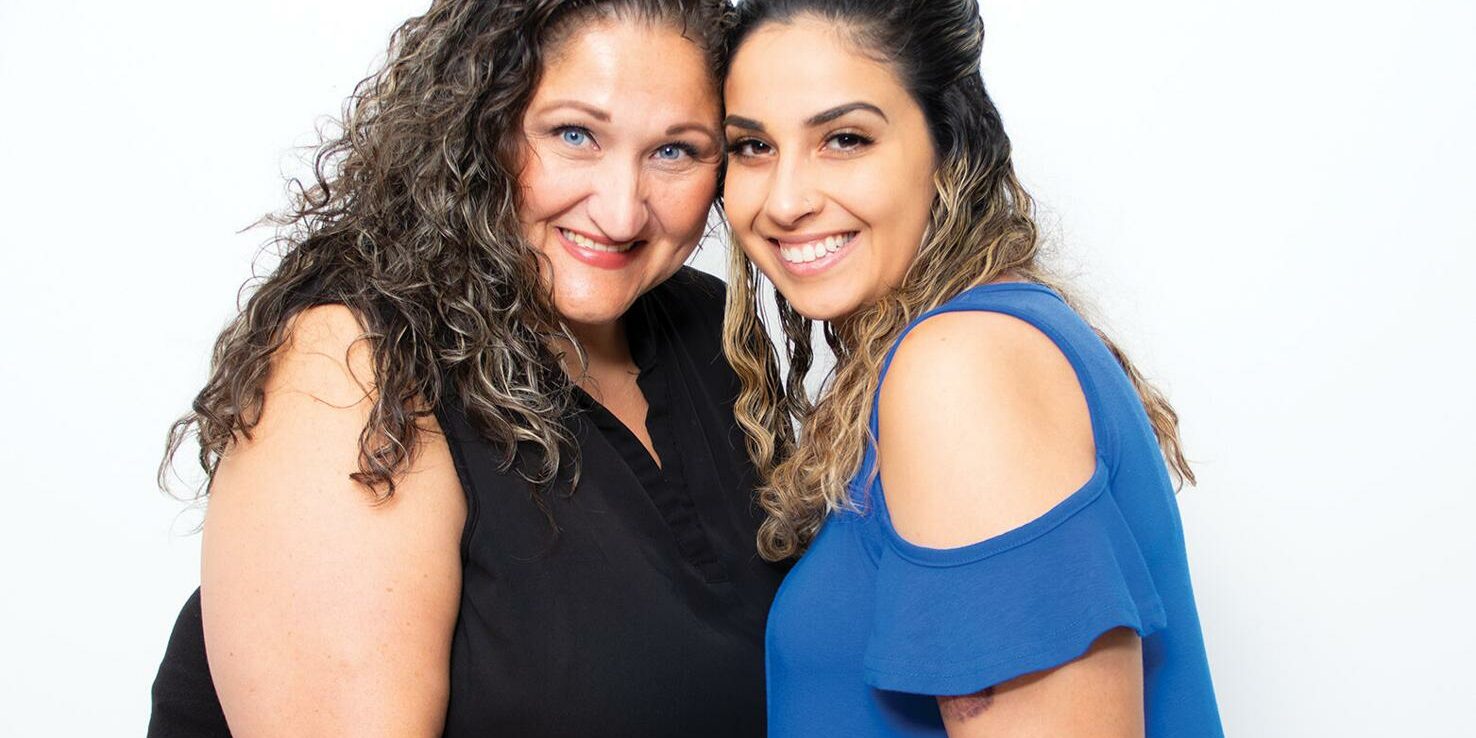 PART 7 OF 7 ARTICLES IN THE SERIES.

Sonya Pyles and her daughter, Arianna Pyles, might still be stuck in the intergenerational cycles of incarceration and addiction if not for Family & Children’s Services.

Both are graduates of the award-winning F&CS program Women in Recovery (WIR), which offers eligible women an alternative to prison sentences for drug-related charges.

Sonya says her substance abuse started around age 13 to try and escape from childhood abuse and trauma. By age 19 she was addicted to drugs, and by 24, she was sentenced to six years for a drug offense. She served three years in prison, where she says she didn’t get any help to address her issues.

“Thankfully, I had a supportive mother who took care of my children and provided everything they needed until I returned home,” Sonya says. “But upon my release I wasn’t any better, and I now had a felony on my record.”

The felony made it difficult to secure housing and employment, and Sonya had to pay thousands in fines or face more jail time. “The vicious cycle would just repeat itself continuously because I couldn’t ever seem to get ahead,” she says. She turned to petty larceny to try and provide for her family, landing her in more trouble with the criminal justice system.

Though Sonya went through periods of abstinence from drugs and alcohol, and she cycled on and off waiting lists for drug treatment, she always fell back into old patterns. “I didn’t receive any real recovery and treatment until many years later, when I was given the opportunity to be a participant in the Women in Recovery program. And at that point, my teenage daughter was in active addiction and was a mother to a young child herself.”

For Sonya, it came down to choosing a long prison sentence or the outpatient WIR program.

Through WIR, Sonya received hundreds of hours of individual and group therapy, dental and medical care, employment counseling, free housing and services for her children, and mentorship from successful women in the community. Her life transformed 180 degrees.

Two years later, Arianna entered WIR and successfully graduated. “She went into the program, knowing firsthand and seeing how I had changed my life, how the program had saved my life and (my children’s) lives, quite frankly,” Sonya says.

Since launching in 2009 with the help of George Kaiser Family Foundation, WIR has served more than 500 women like the Pyleses and impacted the lives of over 1,200 children. Within three years of WIR graduation, recidivism remains between 3% and 4%.

Its high success rate led to WIR in 2018 becoming the first Pay for Success contract in the U.S. focused on female incarceration, an innovative model between states and nonprofits that has helped fund the expansion of WIR. In this case, the State of Oklahoma pays FCS at four milestones if a WIR participant avoids incarceration for a maximum of five years after entering the program.

Sonya and Arianna are one of a few mother-daughter WIR graduates, and Sonya says there are several sisters who have been through the program. “The dual-generational work is so important because it does trickle down from family member to family member, generation to generation,” she says.

Sonya is now a project coordinator for Tulsa Lawyers for Children, which ensures the legal representation of abused and neglected children by volunteer attorneys. She says the job allows her to serve her community while also helping her heal because she was once one of those children.

She also mentors other WIR graduates and serves as the vice president of the WIR Board of Alumni. One of her greatest hopes is that someday there’s a Men in Recovery program “because all people deserve it,” she says.

“I honestly don’t feel like myself or my daughter would be alive today if it weren’t for the opportunity of being participants in the program,” Sonya says. “Our family was so fractured and torn apart then, and now we’re so close and healthy and living our best lives.

“Being successful in every area of life is just a dream come true. It’s a miracle, and I feel like everyone deserves that if they want it.”

F&CS clients gifted holiday cheer from donors
January 14, 2023
Sign up for our E-News
Get the latest news and inspiration from F&CS.
Categories
Go to Top