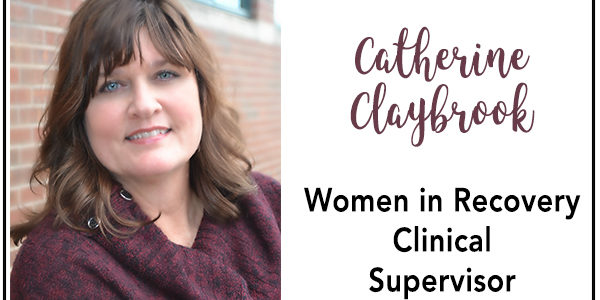 Catherine Claybrook is the Clinical Supervisor for Family & Children’s Services (F&CS) Women in Recovery (WIR) program. She has worked at F&CS since 2006 holding numerous positions within the agency including Therapist, Intern Supervisor, Clinical Supervisor and Program Director.  Claybrook supervises the delivery of trauma-informed, gender-responsive clinical services within WIR, an alternative to incarceration program whose overarching goal is reducing the number of female receptions to the Department of Corrections in Tulsa County.

Pursuing education in the field of social work has allowed Claybrook the privilege of doing work she is passionate about such as therapeutic foster care, inpatient mental health services, couples and family counseling, and most recently intensive outpatient treatment for women facing long-term prison sentences for non-violent drug-related offenses.  Since obtaining clinical licensure, she has developed specialized skills working with individuals who have experienced multiple, complex traumas as well as those who suffer from addiction.

In 2014, Claybrook was featured in an article in LifeLines: Stories from the Human Safety Net highlighting the rewarding at times demanding work of social workers.  She received an F&CS Spotlight Award in 2015 recognizing her dedication, clinical skills, and program development accomplishments.  Claybrook is appreciated for her dynamic leadership, compassionate approach, calm presence, and sense of humor.  She exhibits an ability to motivate clients toward lasting change and is inspired by the resilience and strength of those she serves.

It is with tremendous pride that Claybrook welcomes her daughter into the social work field after completing a BSW from the University of Oklahoma and anticipated completion of an MSW in May 2017.

F&CS Leaders Celebrated in Tulsa Lifestyle
May 18, 2021
Sign up for our E-News
Categories
Go to Top