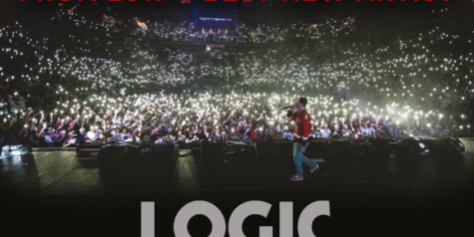 Last April, on the day rapper Logic released his song “1-800-273-8255,” calls coming into the National Suicide Prevention Lifeline (NSPL) increased to 4,573 calls, it’s second-highest call volume at the time. Logic’s song is named after the NSPL and the phone number was used with permission. According to John Draper, director of the National Suicide Prevention Lifeline, calls have increased by 30% to 50% thanks to the increasing awareness spread by the video associated with the song.

Popular music, TV and films carry clout, and when these platforms reach out with messages of healing and hope can have a lasting impact. At the 2018 Grammys on January 28, Logic’s team worked with the Mental Health Association of New York City, which administers the Lifeline. Join onstage were a group of people who either lost loved ones to suicide or attempted it themselves.

“1-800-273-8255,” was nominated for Song of Year and Best Music Video. The video, like the song, was intended to reach people in need and let them know that they aren’t alone. Viewed more than 194 million times on Logic’s YouTube channel alone, the video tells the story of an African American teenager struggling to come to terms with his homosexuality. Oscar-nominated actor Don Cheadle was interested in the project and appears in the video, cast as the teenager’s father.

During the MTV VMAs in August, artist Kesha said, “None of us are alone. It takes great courage to show the vulnerable side of being human and we all have that vulnerable side. Whatever you are going through, however dark it may seem, there is an undeniable truth and strength in the fact that you are not alone. We all have struggles and, as long as you never give up on yourself, light will break through the darkness.”

If you feel you need support or know someone that may be in crisis, call COPES at 918.744.4800. Calls are free, confidential and crisis counselors are available 24/7.

In 2017, Logic continues to raise the bar with the release of his third full-length album Everybody. The album touches on societal issues that affect us all on a daily basis, including anxiety, depression, race relations and more. Everybody features a wide-array of artists and personalities including Neil deGrasse Tyson, Killer Mike, Chuck D, Alessia Cara and Khalid and has become his most commercially successful album to date.