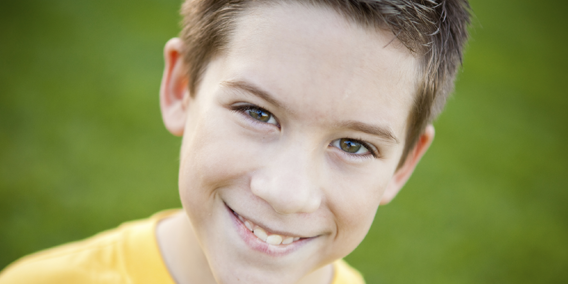 Garrett’s* life was ruled by fear. It hadn’t always been that way, but then Garrett’s parents got divorced when he was 4. A few months later, he was sexually abused by a caregiver. Things spiraled downward for several years after that.

When Garrett first came in for treatment, he was about to enter middle school. His grades and relationships with friends were faltering. Garrett hated to go outside and complained of frequent body aches. He worried obsessively about being murdered and was afraid of the dark.

Addressing Garrett’s past trauma was key to helping him improve his life. In the Family Sexual Abuse Treatment Program, Garrett learned to manage his fears and refocus his thinking. A new medication dramatically reduced his symptoms of depression and obsessive-compulsive disorder. After three months, Garrett showed marked improvement – no more body aches, no more avoiding the outdoors, and a great start in school. Garrett’s mother said her 11-year-old was “just a normal kid again.”

Lindsay has a new start
May 31, 2017
Sign up for our E-News
Get the latest news and inspiration from F&CS.
Categories
Go to Top